Say No To Wool For Fashion Week! 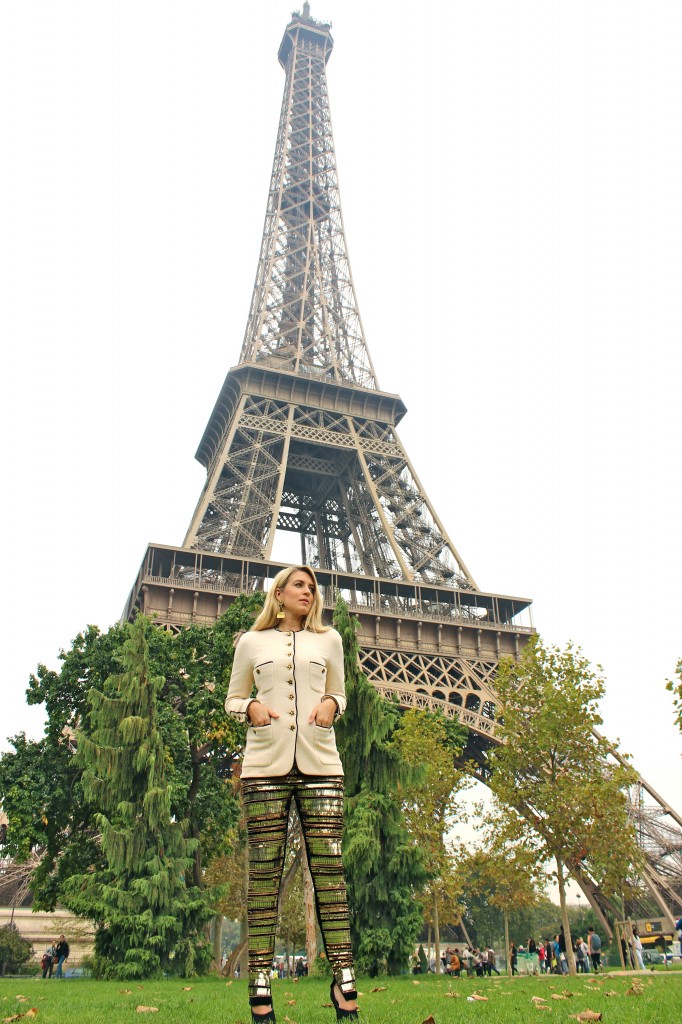 This is my look for day three of Paris Fashion week for the Chanel and Agnès b show. Even though I had two shows one after the other to attend I chose to wear head to toe Chanel, which is not always a good idea to show up at one show clearly representing another brand…sorry Agnès! I had a pretty awkward moment when I was waiting for the Agnès b show to start and a camera crew asked to interview me and the opening question was “are you wearing Agnès b for the show today?” erm nope! Of course I had to wear Chanel on Chanel day!

I was totally unprepared for the lovely weather in Paris, not only was I wearing a thick wool jacket in  the warm weather I was also running everywhere and the show space was really hot. Let me explain to you the horrific morning I had before the Chanel show!! I woke up super early and went for a nice Parisian breakfast with perfect blow dried hair. Somehow I managed to be late, due to no taxis ever available in Paris, when we finally found a taxi the roads were grid locked, absolutely jam packed because of the chaos outside the show space location. I had no choice but to jump out the taxi, so I am shouting at Paris to pay the taxi, he’s shouting at me and taxi man is shouting at us; all in French! So I jumped out and left them both. I see a girl in front of me dressed fabulously in Chanel wearing the chain boots and there we are both running towards the crowd. The pair of us must have looked ridiculous, she was trying to run in those chain knee high boots and I was running in heels and metallic gold legging. Paris is running behind us both. Are you imagining it?

The run was so much longer than I had predicted and by the time I arrived I was Miss curly Sue hair girl and SWEATING literally sweating. I am not one to sweat and did not quite know how to deal with it, my face and head were sweating from all the running in wool and panicking in the taxi. This is why my hair is a mess and out of all the days the Chanel show!! Next time I will ensure to leave ultra early and NO wool clothing. I am not sure if any of you have tried on a Chanel jacket but I can tell you they are so thick and warm which is great for winter but not great for shows when in panic mode. Just when I was about to cross the road I literally stopped the traffic because my earring slipped off and just bounced and bounced across the road and stopped just in front of a car. The car thank god was not moving fast due to the traffic, thank god for that as I did not even think about getting run over I just knew my earring could not be ran over by a car.

At the Chanel press day for Spring Summer 14 I had a funny conversation with one of the press girls as she too wore a wool Chanel suit and was running around sweating like me! So at least I was not the only one.

When I finally arrived I could not believe the atmosphere, this was my first Chanel show and I had no idea how packed the location would be. I would recommend even just going for the atmosphere outside and street photography. 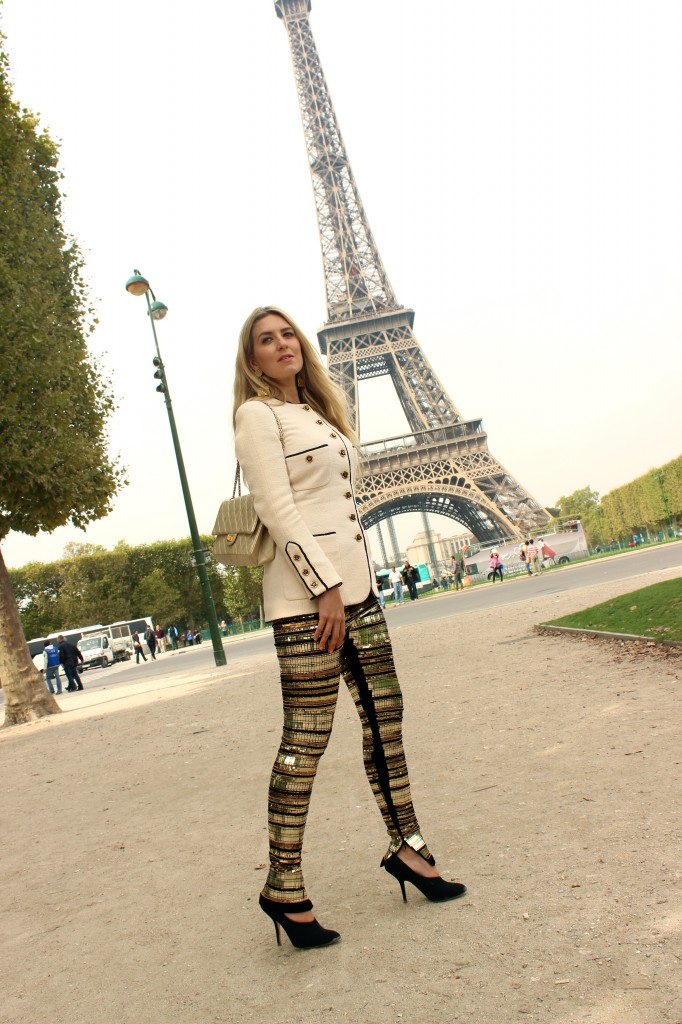 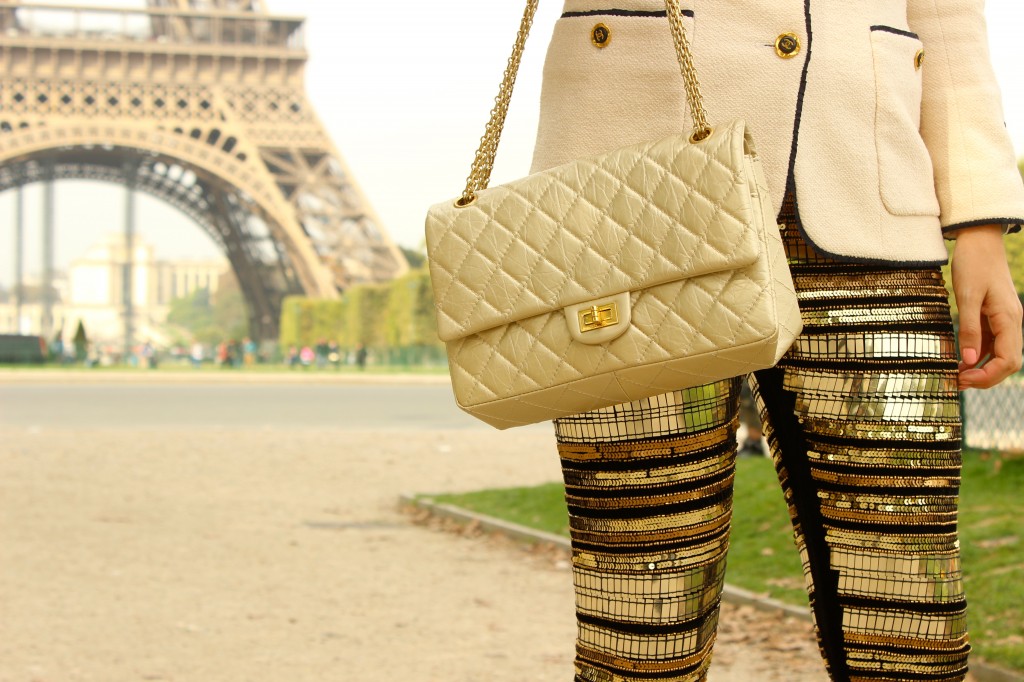 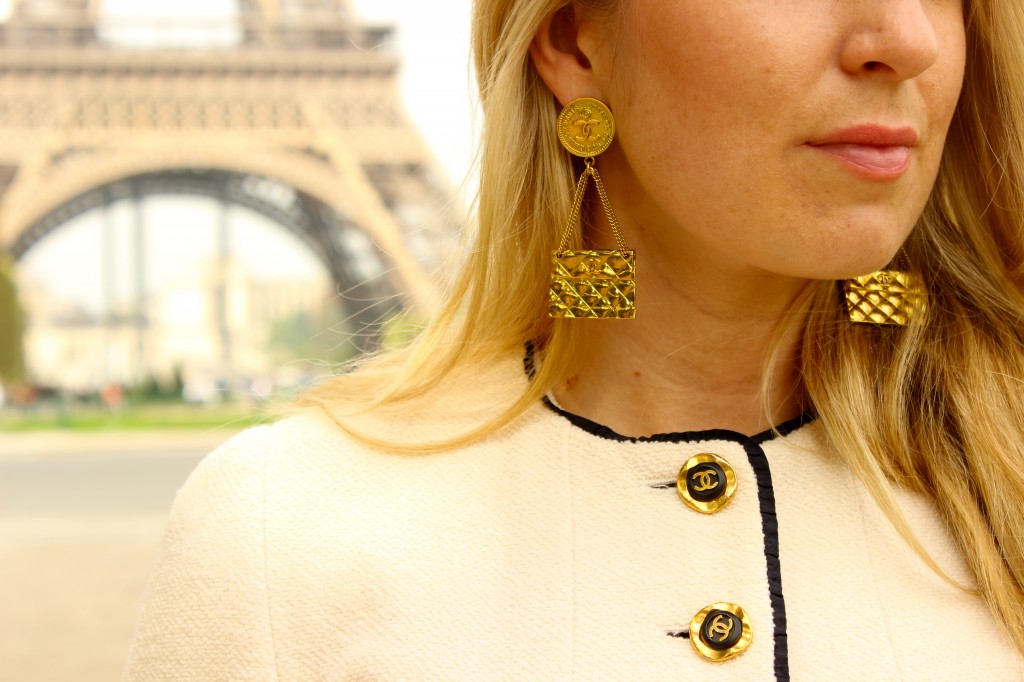 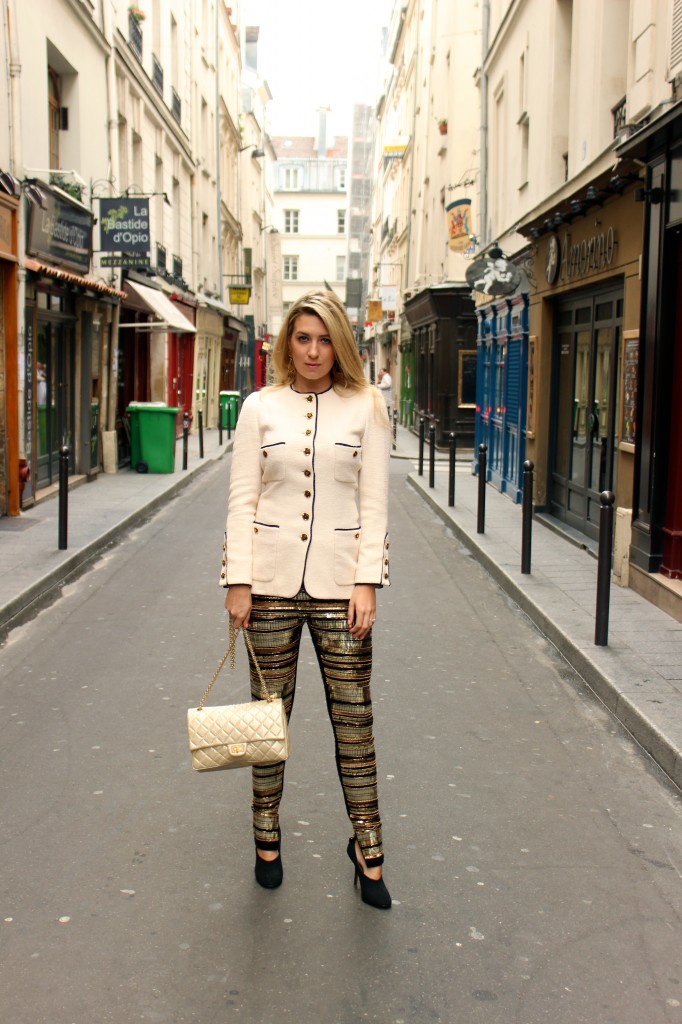 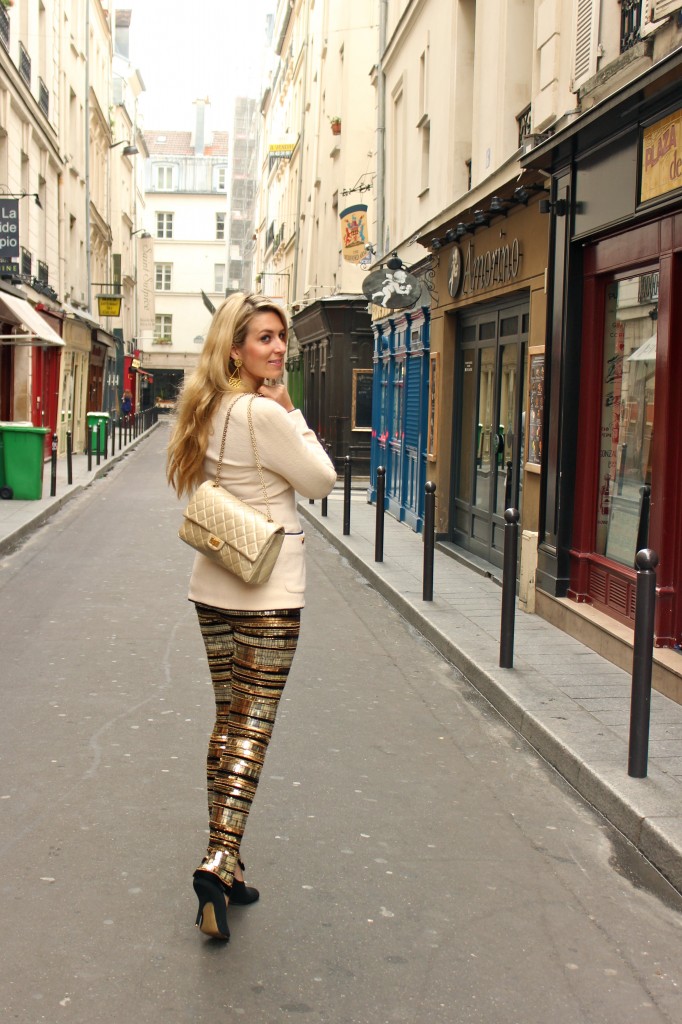 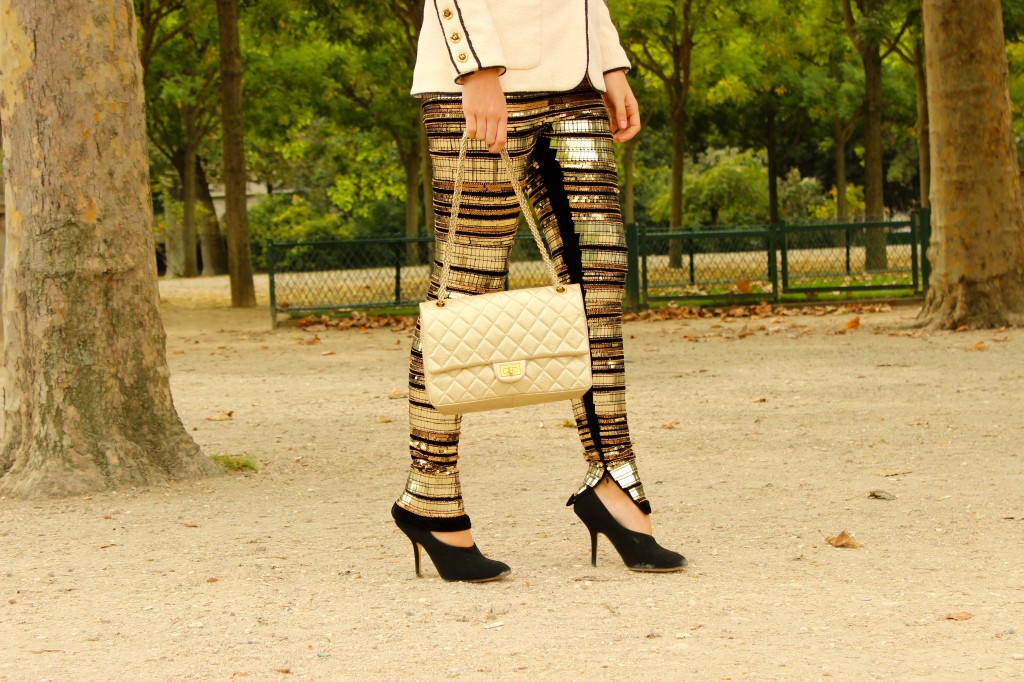 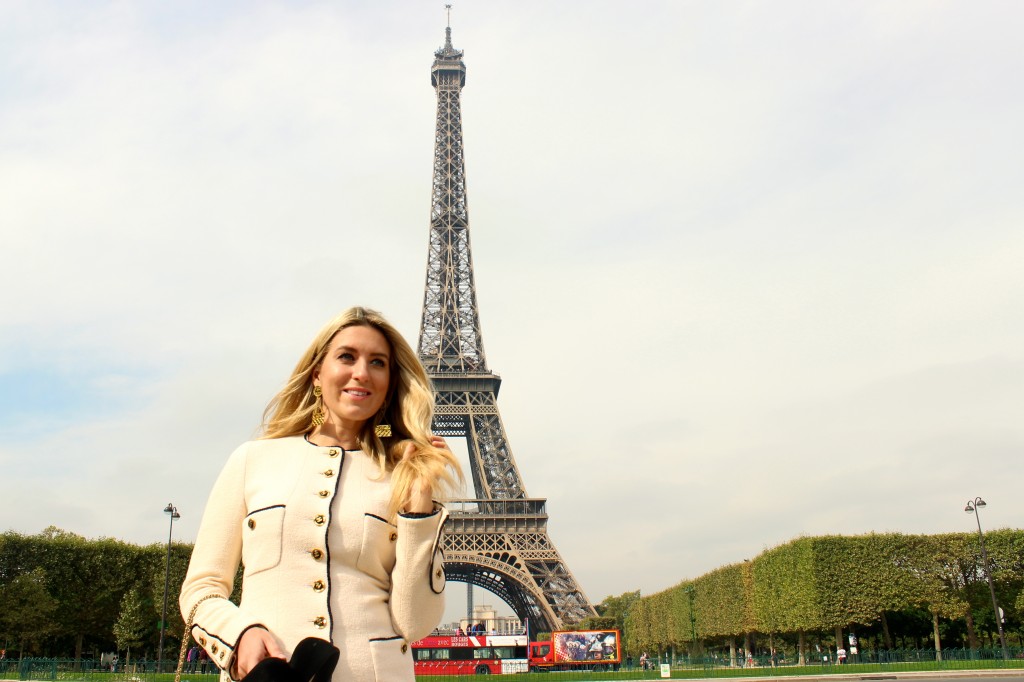 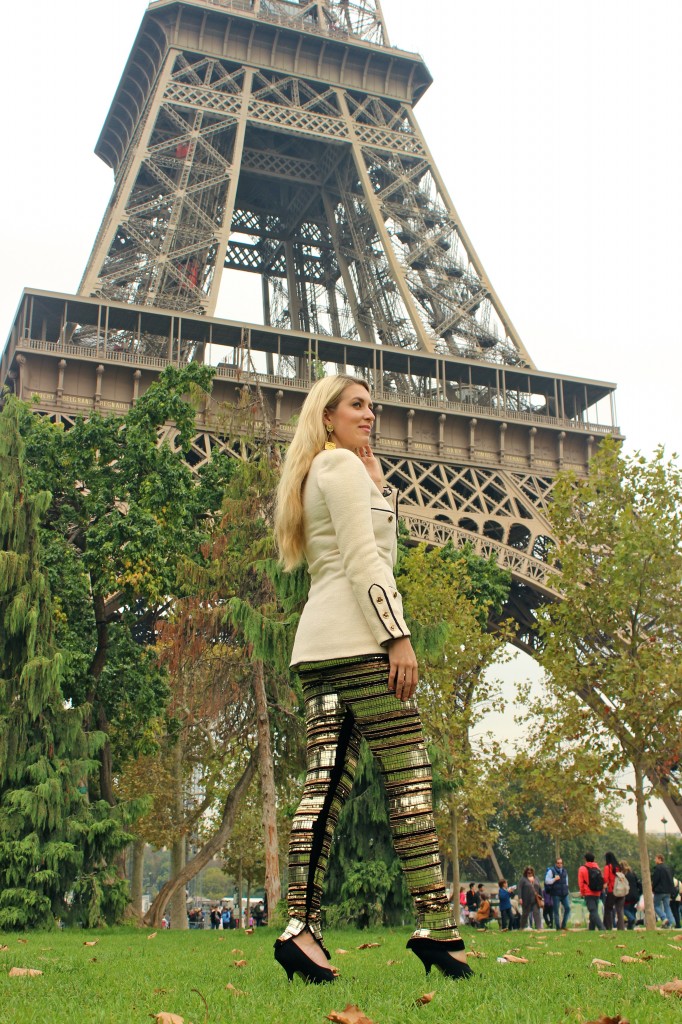 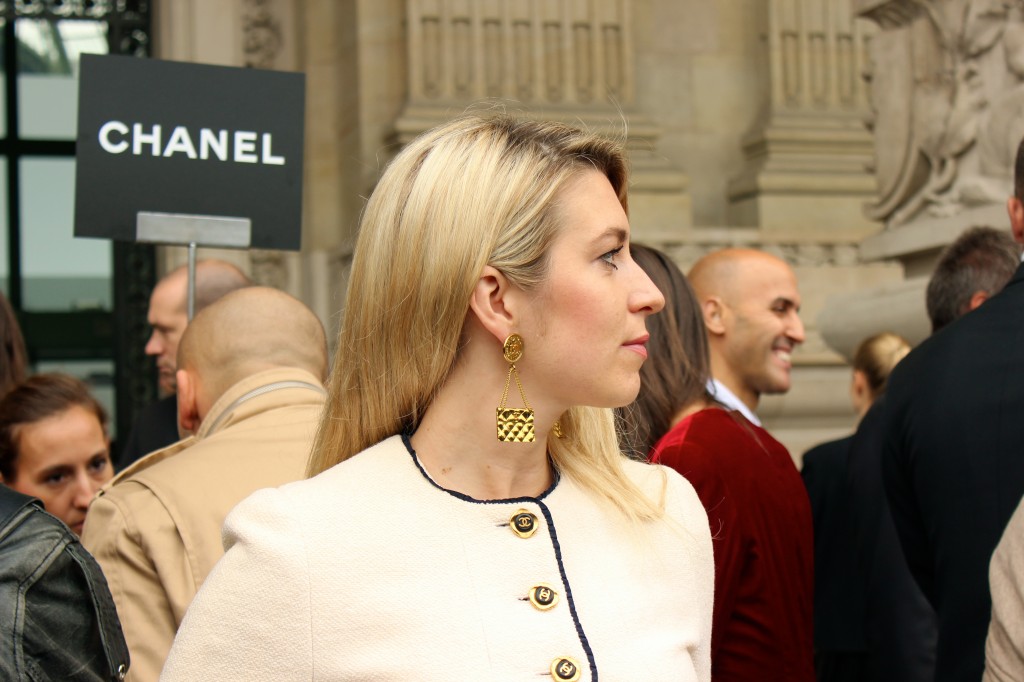 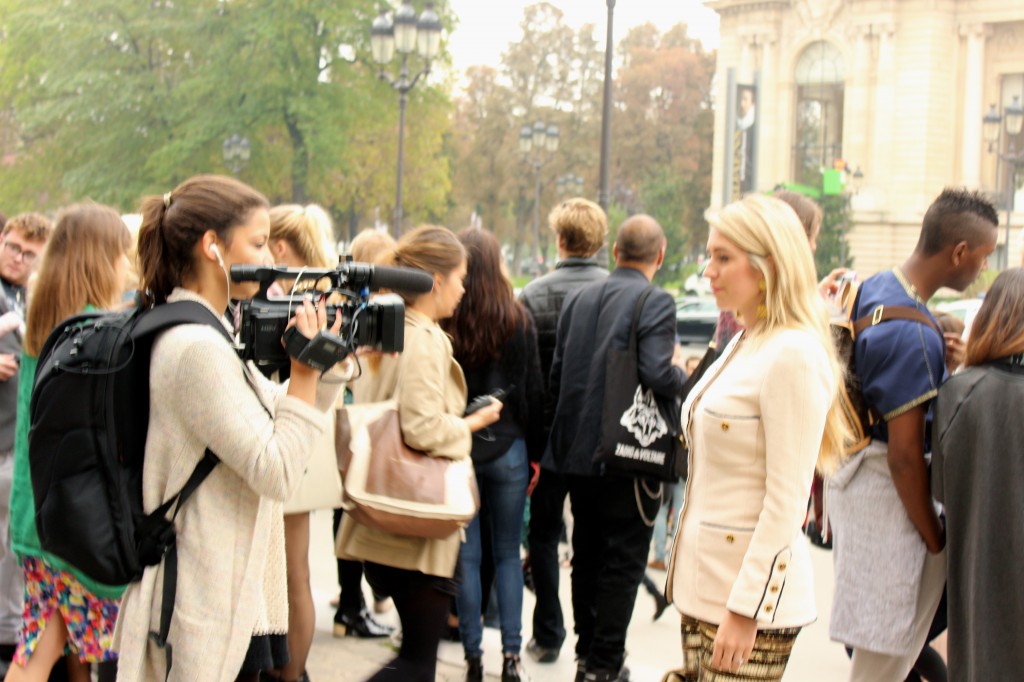 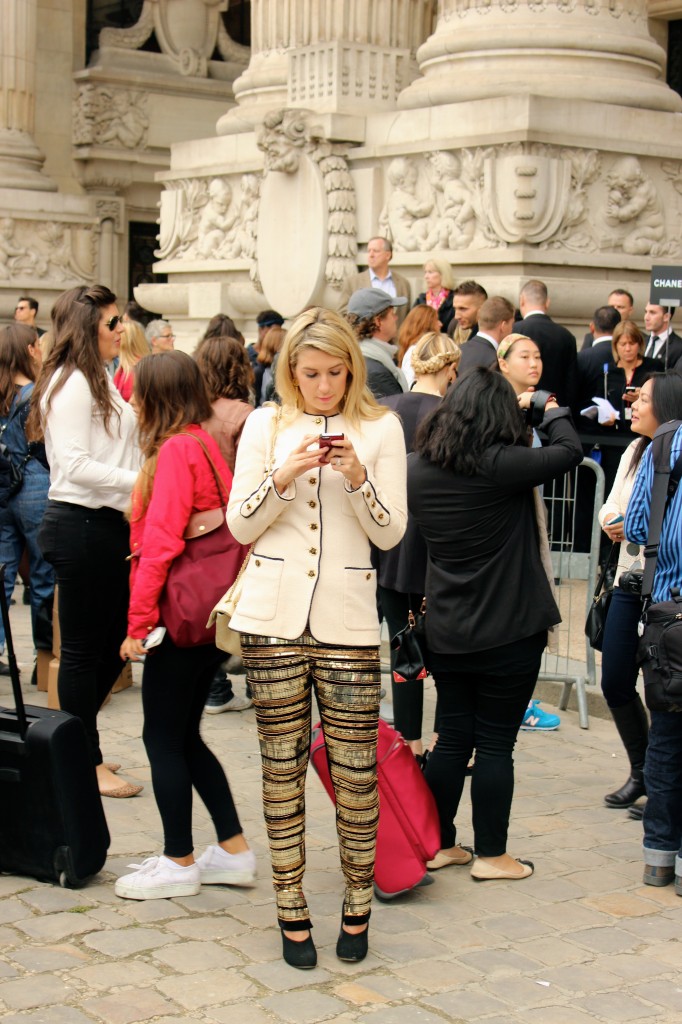 The collection is beautiful and we expect no different form Mr Lagerfeld. I had the privilege to see the collection up close at the Chanel press day which I will share with you soon.

I loved the concrete floor not only because it complemented the collection and colours but it seemed to create a great mix of feminie, classic Chanel of pink tweed combined with the rough and edgy Chanel of the Boy bag. The show was like an exhibition of a robot NO.5 figure, a bucket full of chains and life sized Classic flap bags!

The shoes caught my eye, round toe black and white shoes that appeared to be knee high but were in fact socks that were a part of the shoe. These were worn up high and slouchy.

The runway was colourful with a street feel; graffiti rucksacks, art worked classic bags and neon perspex clutches. There were pearl encrusted skirts, zips and splits at the side and spray painted jackets. I feel that every piece was wearable and my favourite look was the photo below worn by the one and only Cara. This look is the perfect example of the new Chanel girl; classic Chanel tweed suit with a modern Lagerfeld edge.

Lagerfeld walked around the Grand Palais afterwards to accept his applause of course wearing his famous black and white attire. 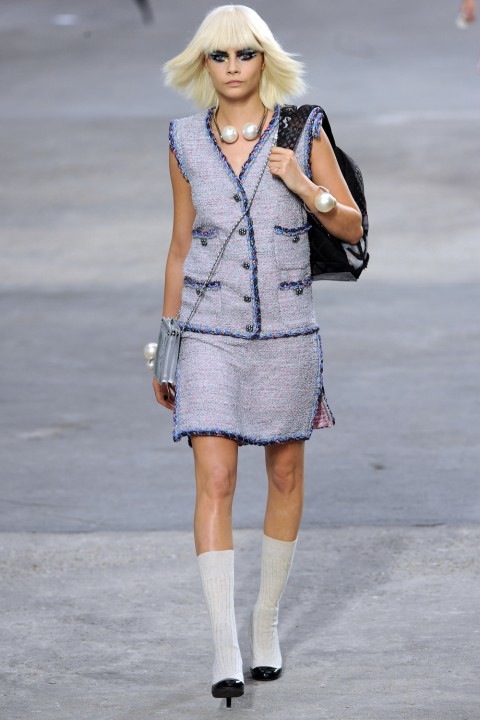 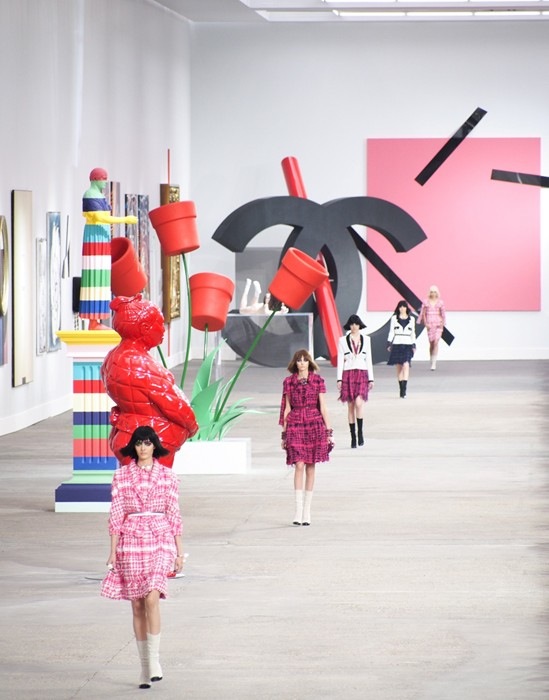 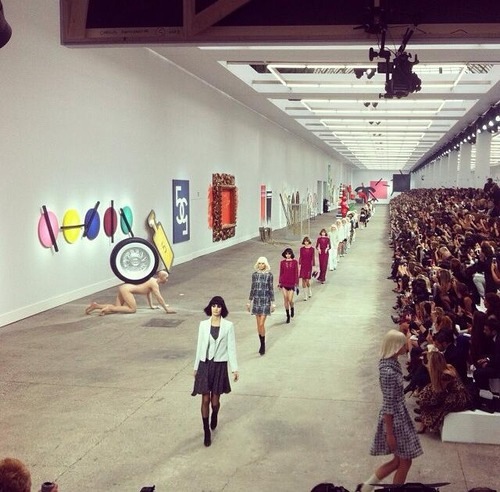 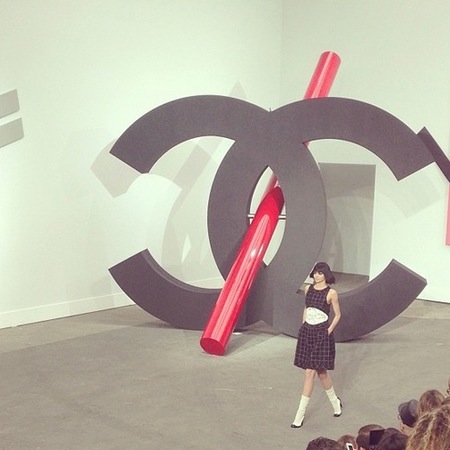 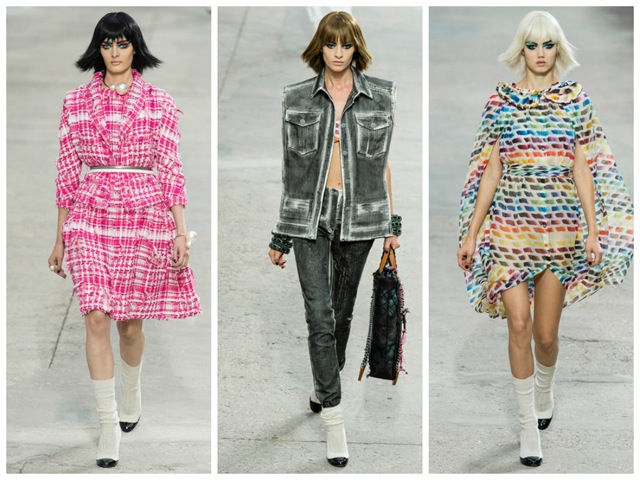